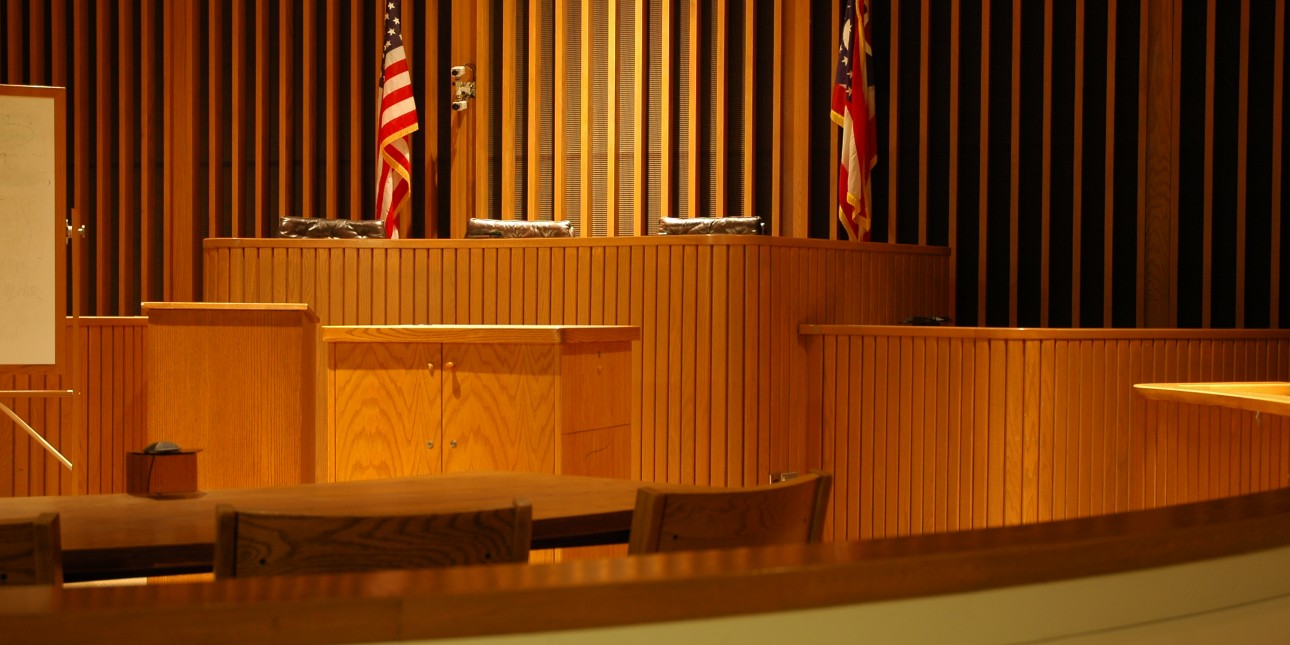 What is the difference between state court and federal court?

Federal courts hear cases in which the federal government is a party. They can also resolve controversies between states or between the US government and foreign governments. They may hear "diversity of citizenship", where each party resides in a different state, if the claim exceeds $75,000. These courts can also hear cases that are appeals from federal agencies.

What should I consider before I sue someone?

Here are a few things to consider before deciding to bring a civil suit:

How can I get and pay for an attorney?

The costs of legal representation are usually not cheap. However, a number of legal services organizations may be able to help you get a lawyers at little or no charge, depending on your financial situation. Also, older individuals may find legal help in their county by contacting their local Office of Aging.

Additionally, some cases arise from incidents in which insurance coverage is available (examples: car accidents, slips and falls). Did you have insurance when the event happened? If so, tell your insurance company that you have been sued. If the event was covered by insurance, check if the insurance company is going to provide a lawyer to defend the claim. Even if it is, you may still want to explore getting your own attorney.

If I don't have an attorney, what do I do to bring a lawsuit?

Here is what you will need to do to file a lawsuit without an attorney:

If I don't have an attorney, what do I do if I am being sued?

If you are being sued and do not have an attorney, here is what you will need to do:

Does it cost anything to file a case, and if so, how do I make payments to the court?

How do I know if I'm in the right court?

What procedures will be followed during my court case?

How do I deal with all of this paperwork?

What is the discovery process, and how does it work?

Discovery is a pretrial process by which one party reveals, at the opposing party's request, relevant facts and documents pertaining to the litigation. Discovery takes three basic forms: document production, depositions (asking questions of witnesses), and interrogatories (written questions).

Discovery helps parties find evidence to support their positions (claims) and learn what evidence the opposing party has in support of its claims or defenses. In discovery, both plaintiff and defendant can ask for, are entitled to receive and examine different types of documents, reports, DVDs, tapes, and other materials that the opposing party has.

In addition to production of documents, discovery also involves depositions (pre-trial testimony of a witness or a party in a legal proceeding), and written interrogatories (written answers to questions, made under oath). Discovery is governed by the Rules of Civil Procedure and the Rules of Evidence. A good resource for various Pennsylvania Rules is Jenkins Law Library's Resource Page.

The specific Pennsylvania Rules of Procedure governing discovery may be found here.

What do depositions involve?

At a deposition, the opposing parties and witnesses, after being placed under oath, respond to questions. An attorney asks questions and the questioned individual responds. The testimony is taken down by a court reporter. A transcript of the testimony can be prepared for a fee.

What if a witness does not want to appear to testify at a legal proceeding like a deposition or hearing?

You are entitled to have subpoenas issued to witnesses by the judge, through the Clerk's Office. Subpoenas compel individuals to appear at a hearing or a deposition at the specified time and testify. Once a subpoena is served on witnesses, they must appear for legal proceedings, such as depositions and hearings, even if they don't really want to. In addition to the requirement of the witness' physical presence at the deposition or hearing, a special kind of subpoena can require witnesses to bring relevant documents that you requested.

Please note that the earlier you have the subpoenas issued and served on witnesses, the better the chances they will be able to make arrangements to adjust their work or personal schedules accordingly.

A subpoenaed individual who fails to appear without case may be charged with contempt of court and as such may be subject to civil or criminal penalties.

Can I send questions to my opponent to be answered in writing?

Yes, you can. In fact, for discovery purposes, any party in the litigation may send written questions ("interrogatories") to another party. Interrogatories require a written response made under oath. This is one of the most widely used forms of discovery.

In contrast to depositions where both the litigants and witnesses must respond to questions, interrogatories are addressed only to litigants.

You can object to questions you are asked in interrogatories, and until the Court decides on the validity of your objections, you will not have to answer them.

Interrogatories are less expensive than depositions. The number of questions that can be presented to the opposing party is limited (usually to 25). Also, the form of these interrogatories is controlled by the Pa. Rules of Civil Procedures and local court rules.

What if my opponent has a medical condition that is relevant in the case?

The Court may order a party whose physical or mental condition might be at issue in the case, to submit to a physical or mental examination by a licensed or certified examiner (the examined party can get a copy of the report upon request). The examined part must also provide any prior reports or examinations for the same condition, and waive confidentiality of the testimony of his/her/their examiner about the examiner about the condition.

Can I reach a settlement with the opposing party without going all the way through litigation?

Litigation is expensive, time-consuming, and stressful. As a result, a great number of cases get settled out of court. In many instances, both parties to a case would prefer to reach an agreement (settlement) rather than go all the way to the court process. Litigation is expensive, time-consuming and stressful The goal of negotiating a settlement is to work out an agreement that would be satisfactory to the parties and in compliance with the law.

Here are some things to remember when negotiating a settlement:

What is alternative dispute resolution, and how does it work?

In mediation, a mediator (a neutral third party) will review the case and help the parties resolve the case. It is then up to the parties whether or not to follow the recommendations of the mediator.

In arbitration, an arbitrator (a neutral third party who is usually an attorney) presides over a hearing in which evidence and testimony of the opposing parties is heard. Arbitration takes place out of court and can be voluntary or mandatory. Unlike a mediator, the arbitrator has the power to make a decision about the conflict's resolution. The decision is usually final.

Different counties have different ways of implementing alternative dispute resolution. Some counties require the use of conciliators or mediators, especially in custody cases, in an effort to try to help resolve disputes before they go to court. Some counties also use Masters, court-appointed officials who have some judicial powers. Masters can usually make decisions in a case, which can then be appealed to a judge. Other counties have local Arbitration Panels, for cases involving modest amounts of money. These panels are made up of three lawyers appointed by the Court, who can render decisions. Parties dissatisfied with the results of Arbitration Panels can also appeal to a judge.

Can my case be dismissed altogether?

Often, cases will be dismissed by the Judge for various reasons. Dismissal can happen at various stages during the litigation process. Some reasons that cases may be dismissed are:

The initial burden of showing that summary judgement is appropriate is one moving party. The court will review the evidence presented in the light most favorable to the opposing party.

Partial summary judgement can also be granted, and some, but not all, claims can be discarded as a result.

What happens at trail?

At trial, after the attorneys (or a plaintiff or defendant who is representing himself/herself) making opening statements (present facts of the case and explain what will be proved at the trial), the plaintiff and his/her/their witnesses will typically testify. The opposing party lawyer will cross-examine the witness. Then, the defendant will present his/her/their witnesses and the plaintiff attorney will cross-examine the witnesses.

After that, both parties will make their final arguments (closing arguments) on behalf of their respective clients and will request a decision on the case favorable to their clients. The judge will instruct the jury about the applicable law. (In a non-jury case, the judge will make a decision.) The jury will then weigh on the facts of the case and decide whether or not the plaintiff was harmed because of the defendant. The jury will also make a decision on the monetary award to the plaintiff.

How can I get a Language or Sign Language Interpreter?

Litigants with limited English proficiency and those who are deaf or hard of hearing are entitled to a professional language or sign language interpreter for judicial and most administrative hearings.

To obtain an interpreter, let the court know in advance that you need an interpreter. This will help ensure that one is available when you show up in court. Please note that local courts are developing individual procedures for insuring litigants receive interpreter services, and you should also contact your local Clerk's office to find out the procedures for your county.

In cases that involve low-income parties, the Court bears the cost of the interpreter services. In certain civil cases where the parties can afford the costs, the court may include interpreter costs in fees assessed against the parties.

What can I expect after a trial or hearing?

What if I am dissatisfied with the judge's ruling or the jury's verdict?

What if something that makes me suspect bias or unethical behavior on the part of the judge or an attorney?